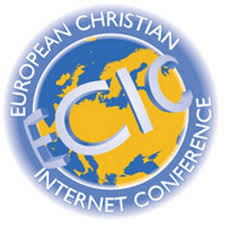 Roger Schmidt is the Executive Director of Digital Encounters, a Geneva-based non-profit organisation that partners with churches and ecumenical organizations to develop and implement digital strategies for meaningful encounters and joint action of Christians in different parts of the world.

Schmidt holds university degrees in theology and public management. Prior to founding Digital Encounters, he served as a pastor in his church in Germany and then for five years as Youth Secretary with the Lutheran World Federation in Geneva, Switzerland. Today he also serves part-time as pastor of the Evangelical Lutheran Church in Geneva. More information...

Karsten Gerloff is the President of the Free Software Foundation Europe, a not-for-profit organisation seeking to promote freedom in the information society through Free Software. Gerloff leads FSFE's participation in community and policy processes at the European and global level. He has conducted extensive research on the economic and social effects of Free Software for the European Commission and other clients, and has led the development of training materials for Free Software entrepreneurs in Southern and Eastern Africa. More information...

Julia Maria Koszewska has done research on on the role of information in modern society, particularly on access to information and information management as prerequisites for a participative and democratic society; currently she is preparing a PhD on collective memory practices and national identity building at the University of Warsaw.

Koszewska has served as member of the European Council of Religious Leaders /Religions for Peace (2011-13) and the European Interfaith Youth Network core group (2008-2013), among many other contributions to Roman Catholic, ecumenical, interfaith and civil society groups. In 2013, she initiated and coordinated Poland's first conference on the idea of openGLAM, bringing together open-culture activists with representatives of galleries, libraries, archives and museums. In 2012, she has been awarded the Silver Cross of Merrit by the President of the Republic of Poland in recognition of her outstanding contributions. More information…

Eveliina Ojala is currently preparing a PhD in theology and works as junior researcher on the Congregational Mobile Technologies project at the University of Eastern Finland. In the project, her special interests are applications for confirmation work. Mobile technologies in confirmation work of the Evangelical Lutheran Church of Finland are also a part of Ojala’s doctoral thesis. In the past, she has worked as a pastor and as a religion teacher at both secondary school and high school levels. More information…

Ecumenical Panel: Sharing resources and forging a common identity via the web

On Wednesday, 4 June, the ECIC will visit the Ecumenical Centre in Geneva, where the World Council of Churches, the Lutheran World Federation, the ACT Alliance and several other church organisations have their general secretariat and staff offices. We will hear from some of them how they use the internet to share resources and information with their constituencies and forge a common identity across great geographical distances. Special attention will be given to the role of openness and transparency in this context.

Heidi Paakjær Martinussen has been the Head of Communications at the Lutheran World Federation since 2012. Previous work experience includes serving as Communication and Project Coordinator for the Council on International Relations of the Evangelical Lutheran Church in Denmark and as Secretary General of Brussels-based Eurodiaconia. She holds a degree in communication from the University of Westminster, London, and in English and Political Science from the University of Aarhus.

Estelle Marais has been the Head of Communications at the ACT Alliance since September 2013. A former journalist, she has previously worked as Head of Global Communications in the private sector and handled communications for various international trade organisations. Estelle holds a masters in corporate communications from Sheffield Hallam University, UK, and a degree in journalism and media studies from Rhodes University, South Africa.

Peter Kenny is the Editor-in-Chief of Ecumenical News. He also continues to work as editor and correspondent with several news outlets. Previously, he served as Communications Manager of the Conference of European Churches, Editor-in-Chief of the award-winning religious news agency ENInews and worked as a journalist with church-related and secular media in Africa, Asia and Europe.