Speakers at ECIC #25 in Cologne

We present the confirmed speakers at the conference. 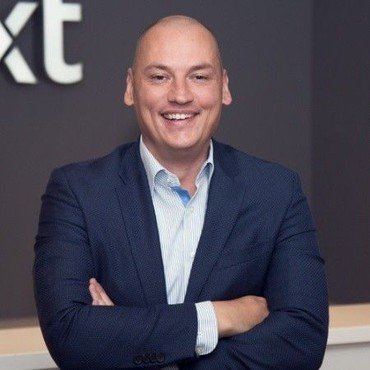 Benjamin Prause is responsible for sales in the key account segment at Yext and helps customers with digital transformation, focussing on the Customer Search Experience. Previously, Prause was CEO at eprofessional, where he achieved double-digit annual growth, co-founded eSP eSales Performance Marketing in Hamburg and managed various online units of Bertelsmann's subsidiary arvato eCommerce.
The title of the keynote is: "Digital Knowledge Management: Going into the World -  Increasing the Church's Visibilty by an Enhanced Presence on Third Party Publishers".

Christian Sterzik (43) is head of digital at the Evangelical Church in Germany (EKD). Until March 2018 he was a Director at an international bank and coordinated a digital project portfolio of over 500.000.000 EUR. Until 2011 he was a Manager with an IT consulting firm, working on and managing digital projects internationally. Christian is a certified IT Governance Manager and studied Business (IT, Banking) at the Universities of Marburg and Edinburgh.
The title of the keynote is:  "Digital@Church: Lessons Learned and Challenges Ahead". 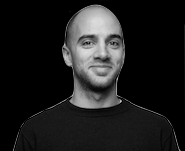 Magnus Wacinski graduated in media economics. From 2015 until 2019 he was working as senior-producer for Studio71 GmbH in Berlin, Germany. He produced several national viral campaigns for big brands like Coca Cola, Amazon, etc.

Andreas Droste, born in 1963, studied electrical engineering at the University of Duisburg with a focus on "digital control engineering / automation technology".

He began his professional career at Deutsche Telekom in 1992 in the DeTeSystem foundation team.  From 1994 to 1999, he was advertising manager for interactive media and direct marketing in corporate communications at Deutsche Telekom.  In this role, he was responsible for all of the Group's e-commerce activities from 1996 onwards.  From

1999 to 2002, he was responsible for setting up and managing Deutsche Telekom's newly created “Competence Center Internet”.  He came to the T-Systems Innovation Center in 2010 through various consulting functions in the areas of travel, transport & logistics (including the introduction of the Toll Collect system).  Here he is responsible for international innovation activities and selected innovation initiatives with major T-Systems customers. Under his responsibility, for example, the cross-sector project "Bag2Go" was launched as a joint initiative by T-Systems, Rimowa and Airbus.